Berlin, Germany (Gastrosofie). Salmon, at least Atlantic and Pacific, is a fish that not only swims but migrates. According to „Wikipedia“, both would migrate „into the sea“ and „come back to spawning in the fresh water“, ie „anadromous migratory fish“, „whereby when swimming up to their spawning grounds in the upper reaches of the rivers they also encounter obstacles such as lower waterfalls and weirs, etc. and also overcome fish paths.

The fish does not escape bears and anglers. It is eaten raw by bears and humans, the latter also love salmon, cooked and fried, smoked and grilled and with sauce (Spanish: salsa). 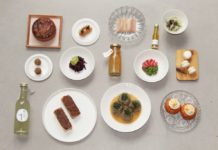 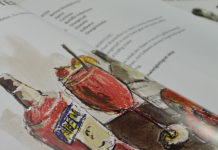 „We are open for takeaway drinks!“ – The Marylebone in London