Berlin, Germany (Gastrosofie). No it is not Greek. The name comes from Ella Trebe, although there is really nothing to remember her by here. Born September 6, 1902 as Ella Bayer in Berlin, daughter of a washerwoman, she grew up in a backyard of “Red Wedding”. Worked in metal, Trade unionist, married to her companion Paul Trebe. As an ardent communist, she joined the resistance against the Nazis, was courier of the “Rote Kapelle”. On June 6, 1943 she was arrested and executed August 11, in Sachsenhausen.

Ella-Trebe-Street was named after her in honour. Steigenberger resides there. In the massive concrete block with its slick facade, reflecting the boredom of the new buildings on the River Spree, the “Ella” restaurant has been located in a corner on the ground floor since March 2019. Access is through the hotel lobby – and the hotel bar – or, more to our liking, through its own Entrance.

Way high up is the ceiling in Ella. The dining room with 60 seats is spaciously modern, with large mirrors impressive and with even larger window fronts bright. A third of the walls and pillars are of a geometrical design, everything else is white. In addition to grey and black tones of yellow and gold dominate, probably latter to commemorate the 20s of last century, a time that, however, was anything but dazzling for Ella Bayer-Trebe.

All other colours of the world come with the guests, arriving from many countries – and they come with waiters … laid out as dishes!

The dishes come from the kitchen of Manuel Eich. The chef at Ella brought a lot of experience to Ella Trebe Street. He worked at the Hotel Vier Jahreszeiten Kempinski and the Hotel Bayerischer Hof in Munich, went off to the Cairns Hilton in Australia, came back and cooked at Maritim ProArte in Berlin, the Seminaris Campus Hotel in Berlin and the Courtyard by Marriott in Munich. Now he is back in the capital at the, well, “Steigenberger am Kanzleramt”.

Talking to us Gastrosophicals, Eich emphasizes the sustainability and regional impetus of his cuisine. The chef serves traditional cooking with creative ideas and brings modern interpretations of regional classics to the table. How about Königsberger Klopse, chicken fricassee or a baked country egg with radishes, celery and char caviar.

Wine and meat tastings will be available to be booked soon. Meat from famous Simmental beef is already served as a filet with dried tomato-chilli relish and also a good chunk of Havelland apple pork with a whiskey-vanilla glaze. Vegan and vegetarian dishes are also available: under the „Local-Fresh-Modern“ motto, on the plate and for your palate. As the Greeks would say: Ela! Come! to

Opening hours: Mondays to Fridays from noon to 2 pm and Tuesdays to Saturdays from 6 pm to 11 pm, closed on Sundays.

Christopher Prescott based on a text by Stefan Pribnow. 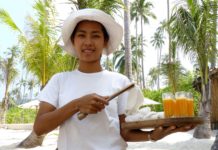 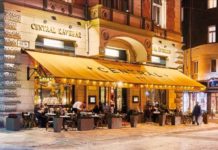 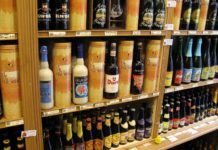