Rubano, Padua, Italy (Gastrosofie). Bella Italia, menu delizioso! It is no different in Padua on the Brenta in the Veneto region, which is famous for the Scrovegni Chapel with the frescoes by Giotto and for the overwhelming Basilica of St. Anthony, but also the Basilica of St. Justina on Prato della Valle . Also the Torre dell’Orologio, the Palazzo della Ragion and the Teatro Anatomico have to be seen and La Specola and so on.

The old town of Padua, which is characterized by considerable arcades, wants to be visited and the chic cafés want to be visited. The best restaurant in town, which – incidentally – was honored with three Michelin stars, is located in a suburb called Rubano and is housed in a rather inconspicuous, square, practical building in which sobriety reigns, everything seems reduced to the essentials, food and drinks but are of high quality.

Massimiliano “Max” Alajmo, born in Padua in 1974, believes that the kitchen must shed everything that is useless and well-educated, like an old sack, also known as a jacket, in order to come to terms with clarity and truth, “as a child tells its world”. He spent his childhood on a playground next to the Ristorante Le Calandre. Later he visited the hotel institute in Abano Terme and deepened his teaching in the kitchens of Alfredo Chiocchetti, Marc Veyrat and Michel Guard until he took over the kitchen of Le Calandre in 1994, from which he developed a gastrosophical garage in which a kind of culinary laboratory was created. and in 2002 won three Michelin stars for the first time. He values ​​lightness and fluidity as well as depth of taste, but taste it yourself!

At Le Calandre guests can choose between the three menus “Classici”, “Max” and “Raf” for 225 euros each or three courses for 150 euros, four courses for 190 euros and five courses for 220 euros from the various menus. „Classici“ or also classico contain typical dishes from the past years, while „Max“ and „Raf“ change with the seasons.

Travel to Padua, treat yourself to a detour to Rubano and take a seat in the multi-sensory atmosphere of the dining room of Ristorante Le Calandre. The ash from which the wooden tables are made lasted 300 years and the glasses are hand-blown. Enjoy arts and crafts in the Ristorante 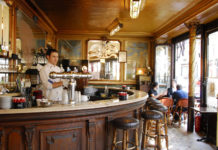 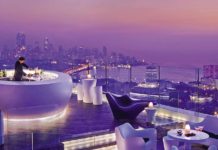 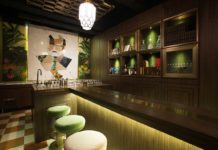