Berlin, Germany (Gastrosofie). For the happy huntsman, there are quite a number of eye-catchers in this Berlin restaurant. Not only green deer, for instance, but also a stunning Lady Godiva of sorts – although the artist was munching a bit too much of Munch. Of course the waiters and merry maidens of service to you – as far as plates and platters go only of course – are also all well clad in the alpine fashion.

The text and melody of a happy huntsman song haunts my head on my way down to the „Jäger & Lustig“ in Berlin’s Friedrichshain district. When we finally stand in front of their large beer garden and their no less small pub, we are amazed. The beer garden is a feast for the eyes, which is due to large lanterns as to a number of trees. Lots of lush greenery as well in the restaurant and above all: good wood.

Not only the floor is made of wood, on top the ceiling is of wood, and not only tables and chairs are made of forest fabric, but also the walls. But see for yourself!

Guests search for an alpine Lady Godiva of flesh and blood in vain but here and there an antler hangs prominently in the restaurant of Grünbergerstraße 1, which exists since 1989. And that’s good! However beautiful pictures of alpine glory have their place on the walls, most of them pleasantly discreet and of appropriate design.

But the old, the traditional was lightened up and made to fit.

Modern are the chefs and modern is the menu. Hasseröder pours out of the barrel as a Pilsener and Schwarzbier, as well as Spaten Hell and Leffe.

Something special and highly recommended are the good wines that grow and thrive on both sides of the Durbach, especially on Kellerberg and below Schloss Staufenberg. And as may add well known for their extraordinary good Spätburgunder red. Schnapps, liqueurs and long drinks with rum, vodka and gin are also on offer.

In addition, delicious crust breads from sourdough plus that Black Forest ham or lard with apple and Spreewald cucumbers. Great is also the hunter’s sake or “Jägersause”. This is a typical snack with Obazda cheese and other originals, where hunger can be satisfied in sweet togetherness. Also the splendid plate with water buffalo-roast beef, venison sausage and wild boar steak as well as grilled vegetables, bacon beans, fried potatoes, carrot potato mash and more is presented for two persons.

Even the soups are super. Huntsman goulash and potato casserole pot, Berlin bread pot and alpine lentil stew are on the cool menu. Only the depicted alpine Godiva is neither to be seen on the plate – nor on the dance floor, at least when we were there.

But among the 200 to 300 guests, who find their place in the Jäger & Lustig at the same time, is now and then likely to be a candidate, a lady for one to find frivolous in Friedrichshain. That’s for sure at 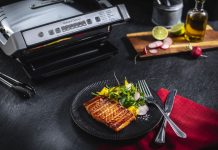 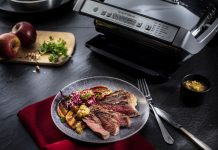