Start Englisch Champers and seltzer in the Sixth – 115 years of KaDeWe: Berlin...

Berlin, Germany (Gastrosofie). The actor likes the shopping temple. He is always happy to come back to the KaDeWe Lars Eidinger assures us. Not only to buy, but also just to have a look. And not without good reason. The consumer temple, still a top address in Berlin’s west, has long since become a place of interest that can be found in almost every travel guide.

KaDeWe has survived the storms of time, which is not necessarily a matter of course in Berlin. The department store recently celebrated its 115th anniversary. For the anniversary, the old lady had prescribed herself a comprehensive face-lift. Now KaDeWe shines again in new, contemporary splendour. A few days ago, invited guests, including many celebrities from the worlds of show, fashion, culture and business, were able to see for themselves. Not only Lars Eidinger was among the illustrious guests of the evening, but also other celebrities, including director Dominic Raacke and TV presenter Palina Rojinski.

Almost everyone has something to show. Namely, plenty of hunger and thirst. The guests first quench both on the ground floor, especially with fizz and appetizers. Then the escalators transport the connoisseurs to their actual destination. To the sixth floor. To the gourmet floor. For connoisseurs briefly The sixth. Many are drawn to the oyster bar in particular. First, a few slices of salmon at the seafood stand, as a kind of snack on the way. Don’t miss the caviar… It soon gets crowded at the oyster bar, too crowded. So we move on. To the stand with the Asian specialities. Staff tirelessly fill spicy satay skewers into small bowls, remaining extremely friendly and attentive despite the heavy rush. The grilled chicken is served with delicious peanut sauce. What can I get you to drink? After the sparkling shammy, a still seltzer.

We continue with chicken, this time chicken with fries. The latter prove to be extremely crispy. If you prefer something less crunchy, the sweet potato fries prepared with peanut oil at „New Burger“ are perfect. This makes you thirsty, so the beer dive across the aisle is just right. Fresh from the barrel, you’ll find drinkable Augustiner, Bavarian, blond, hearty and cool.

Still hungry? Perhaps a Pizza Margherita? Or something sweet? Maybe, despite the late hour, even coffee and cake? Very exclusive, namely at the Lenôtre stand? The tartes and petit fours, croissants and baguettes are made fresh daily at the bakery in KaDeWe. The pastry shop was founded in 1957 by Gaston Lenôtre in Paris – the branch in KaDeWe opened in 1975, the very first outside France.

Meanwhile, techno is blaring from the seventh floor, which serves as a kind of club this evening. Including a bar where professionally mixed drinks are served. The gin and tonic tastes excellent, other guests try Moscow Mule and ride high. Thus fortified, we return to the dance floor. Various DJs play until the early hours of the morning. And who else got people dancing with his set? Bet it was Lars!

The above contribution by Fritz Hermann Köser was rendered into English by Christoph Merten. 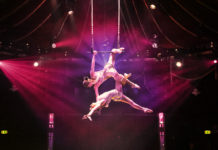 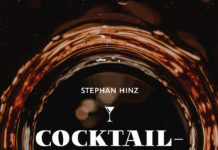 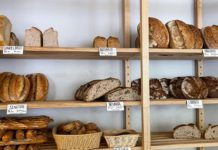 Healthy highlights! – Great stuff from the Gorilla Bakery in Berlin